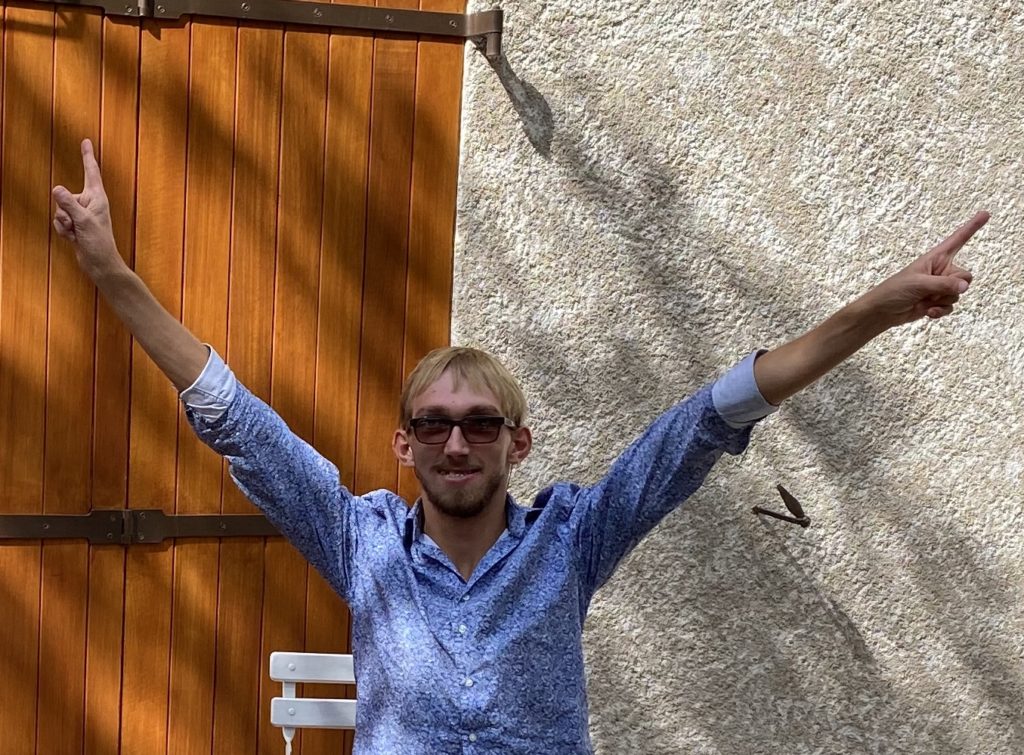 Matthieu is a young man aged 26. His story is that of many children with rare disabilities, who, for lack of space, or for lack of facilities able to respond to their needs, find themselves in new and poorly adapted environments at each point of transition between age brackets, from the end of early childhood to the turn of adulthood.

Since childhood, Matthieu presented complex language disorders with associated disorders. Other than body language, he would use Signed French (signs from French Sign Language) and written pictograms to express himself.

After four consecutive years in nursery, Matthieu could not be integrated into primary school because he had not completed the acquisition of language. His parents were thus faced with the task of finding a specialised establishment. After much inquiry, they discovered the Centre Daviel enfants pluri-handicapés, adjacent to the Centre de ressources Robert Laplane. After one year’s waiting, Matthieu became part of the Centre Daviel, where he would stay until the age of 14. There, he developed his communication skills through the access to meaning and language approach specially practised by the two Centre-s’ multidisciplinary teams. He was making headway.

The next part of his story, however, would bring difficulties which he and his parents would need to overcome to adapt themselves to guidance continually out of step with his specific care needs, related to his comorbidity of complex disorders. Able to hear, but a user of sign language, Matthieu would be taken in by a Centre pour jeunes sourds (Centre for deaf young people) from the ages of 14 to 20 years old, and by a day centre thereafter, where he goes to this day. Though the care and support offered is well-intentioned, Matthieu’s parents recognise the choice of a day centre was the default option, and one not fully appropriate to his needs, since, despite their partnership with the Centre Robert Laplane, allowing regular updates on Matthieu’s condition and exchanges of information on his specific means of communication, he is only making a small amount of progress.

How do things stand, then, in as far as his day-to-day communication is concerned?

“Our children are superstars”. That’s his mother’s answer, superstars because their ability to adapt to maladjusted environments is a permanent one. A lot is asked of them; it’s exhausting.

Matthieu has had to make substantial efforts at the physical level too, which has earned him a great deal of respect at the municipal swimming pool close to home. His parents have always believed in the importance of physical activity in rehabilitating and calming his wounded, injured body, still tense and sore today. So now, when he is in water, he is in his element, thanks to the perseverance of the sports instructors recruited by his parents, who taught him to swim. Ever since, he’s been going to the pool each week to do a kilometre’s practice, and has forged bonds of friendship with the other swimmers there who have seen him grow in confidence from his superhuman investments of effort.

Today, the Centre de ressources Robert Laplane is actively supporting a project for the creation of an innovative facility for adults in Île-de-France with rare disabilities including a complex language disorder component. The project is led by the association AFHAR-TCL, an association in which Matthieu’s parents are fully involved.