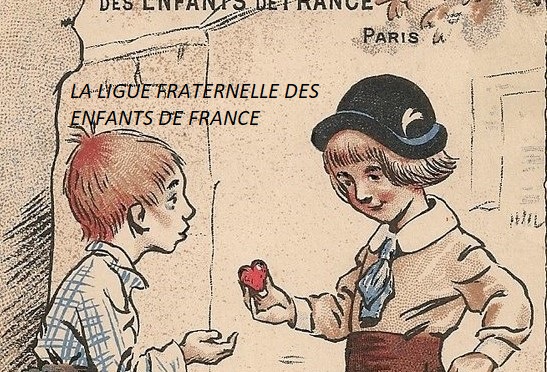 The Ligue Fraternelle des Enfants de France (Fraternal League of the Children of France, LFEF) was founded at the Elysée Palace, Paris, on the 8th of December 1895. It was the instigator of the creation of the Centre pour enfants pluri-handicapés (Centre for children with multiple disabilities) and the Centre national de ressources Robert Laplane, for whose management it remained responsible until 1998.

Recognised as being of public interest by President Félix Faure on the 23rd of March 1898, the organisation had, at the time, the task of “creating the bonds of true fraternity between children, young men and women in positions of affluence, and children orphaned, abandoned or in poverty”. It would soon stand out for its pioneering work, establishing the first nurseries and school canteens in Le Havre, a library for apprentices in Paris, after-school snacks on Thursdays, and summer camps which allowed 300 Parisian children to gain some fresh air in 1908.

Alongside this, the LFEF opened a clinic in 1902 allowing free healthcare for children in Paris, until in 1907 a larger one would be opened in the 13th arrondissement. It launched the Marie Lannelongue hospital on the same site in 1908. Thereafter it opened other free clinics, including dental practices, school health centres, surgeries for pediatric neurology and a child heart disease service. In 1953, the LFEF, together with the Caisse Régionale de la Sécurité Sociale (Regional Social Security Fund), opened the Marie Lannelongue surgical center, where the some of the first open-heart operations were carried out, by cardiopulmonary bypass (in 1955) and by non-heart-beating procedure (1958).
In 1970, a new clinic came into being, located at 33 rue Daviel in the 13th arrondissement of Paris, together with the creation of a Centre médico-psycho-pédagogique (Medico-psycho-pedagogical centre, CMPP) for children with sensory deficiencies. Since 1974, the centre has been offering early screening services for deaf children, and a surgery for children with visual impairments. It was in these premises that the Centre pour enfants pluri-handicapés was opened in 1987.
In 1998, the Social Affairs Ministry entrusted the Ligue Fraternelle des Enfants de France with the Centre national de ressources Robert Laplane, dedicated to deaf children and adults with multiple disabilities and persons with severe specific language impairment.

The LFEF thus managed two organisations, specialised and recognised for their expertise in the field of rare disabilities, until the end of 2018. On the 1st of January 2019, as agreed by the Ligue Fraternelle des Enfants de France, the Agence régionale de santé (Regional health agency, ARS) transferred management of the Centre national de ressources Robert Laplane to the Groupement des Associations Partenaires d’Action Sociale (Consortium of Partner Organisations for Social Action, GAPAS).

*CMPP For children with sensory deficiencies